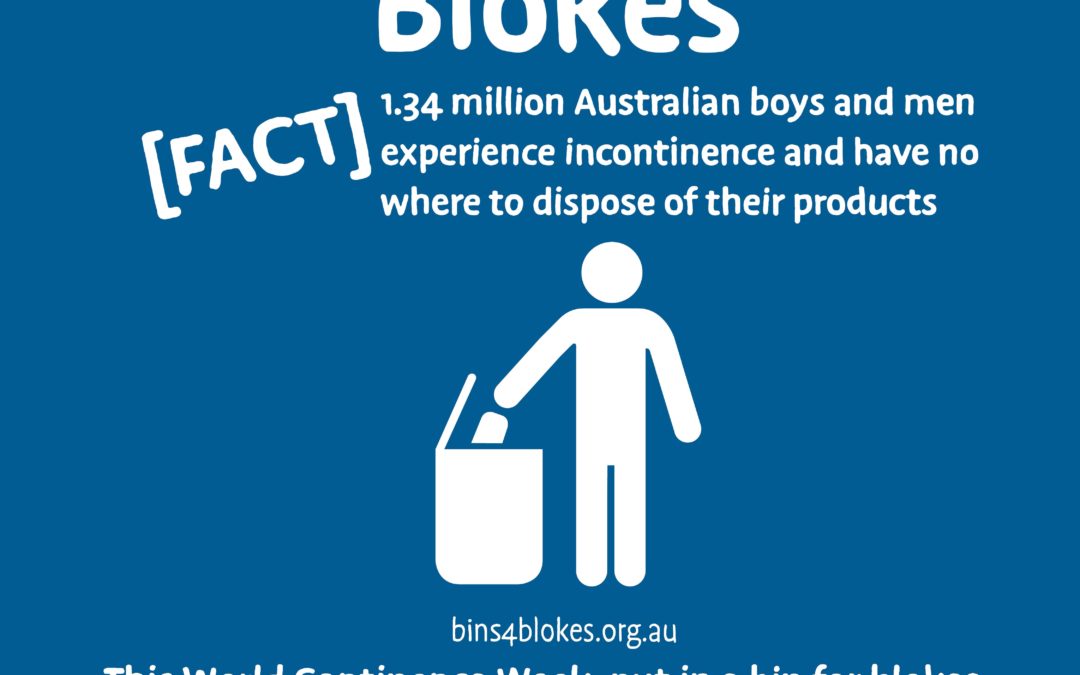 This World Continence Week (21 to 27 June), join the call to support more than one million boys and men around Australia who live with incontinence. The Continence Foundation of Australia is launching BINS4Blokes – and you can get involved.

BINS4Blokes is an Australia-wide awareness and advocacy campaign promoting the installation of incontinence bins in male public toilet facilities.

Incontinence affects 1 in 10 men in Australia, of all ages.

Did you know that many male public toilets do not have a disposal bin for men to place their continence products? This leaves men to carry used products with them or feel stressed about how they’ll throw them out. A lack of options stops men with incontinence from going out to exercise, shop and simply enjoy life.

A study of Australian men with urinary incontinence found:

The Continence Foundation of Australia is calling on all agencies that provide toilet facilities to join the BINS4Blokes campaign and install incontinence product bins in male toilets. Everybody should have access to a comfortable and discreet way to dispose of incontinence pads and pants.

“Our hope this World Continence Week is to get BINS4Blokes into male public toilets Australia-wide,” says Rowan Cockerell, CEO of the Continence Foundation of Australia.

Adding BINS4Blokes to toilet facilities will help men in your community live and work with confidence.

BINS4Blokes supporter Greg Ryan was born with a rare congenital condition called Imperforate Anus, also known as Anorectal Malformation. He has lived with faecal incontinence his entire life and is passionate about raising awareness and understanding of incontinence. He says the BINS4Blokes campaign will make a huge difference.

“The BINS4Blokes campaign will impact and change the daily lives of males of all ages who have had to deal with incontinence, mostly in secret. I know BINS4Blokes will be a life changer for me!” Greg says 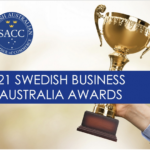 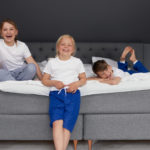 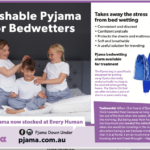